The Port Campbell community worked together to request and plan much needed restroomupgrades. The Shipwreck Park was undergoing a re-design including landscaping which would lead to increased foot traffic in the area.

As a result, the toilet facilities next to the park would require extensive upgrades.

The restroom building would need to include a; Changing Places facility, accessible cubicle, parents’ room, ambulant cubicles and squat (European) style toilets to cater for the diverse tourist requirements.

ASCO was trusted to design, manufacture and install the facilities.

The park and retaining walls were completed by Port Campbell Constructions.

The primary challenge was the short timeline as outlined by the client. This timeline was inclusive of the entire project (Approx value $0.5 M) to be completed in under three months from design through to commissioning.

Despite the added complexity of completing a project in the months leading up to Christmas, ASCO was able to complete the building within the timeframe so the whole precinct including the new playground could be opened prior to Christmas 2019.

ASCO submitted a council project proposal in early September 2019 which was approved shortly after. Once awarded the project manufacturing commenced with the facility being open to the public in December 2019.

On January 19th 2019, Mayor Neil Trotter led the grand opening of the precinct and restroom which was widely attended by the community.  This was an important milestone for the residents who had worked so hard to lobby, fundraise and work with the shire to realise this vision for the Port Campbell community.

The precinct is heavily utilised, at peak times with approximately 50 bus loads of tourists per day.

You can find more information on our Stellar® range here. 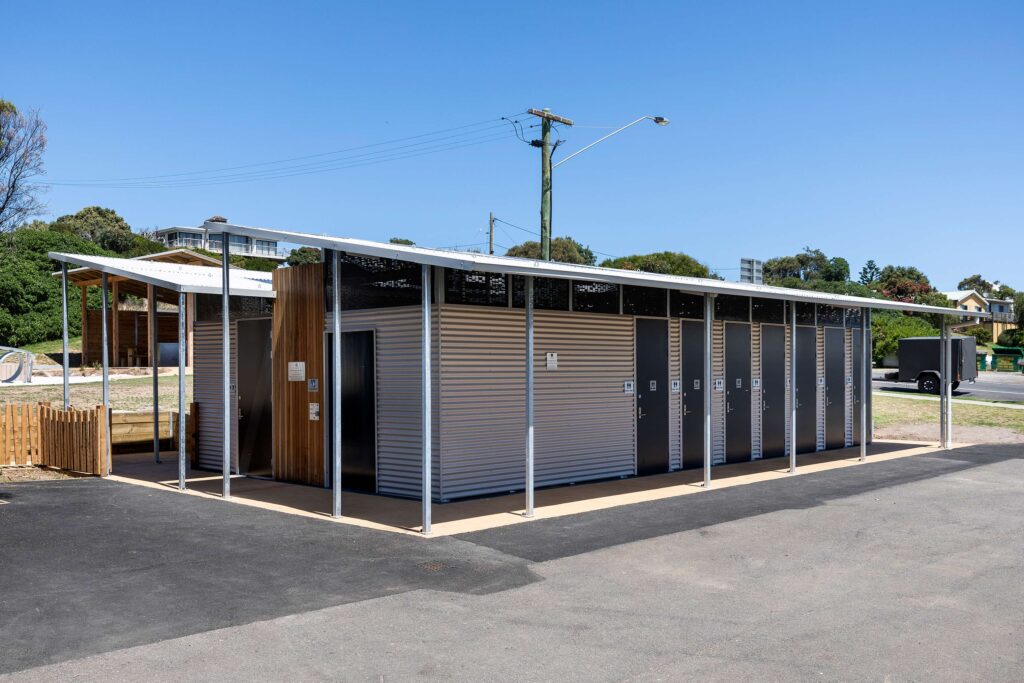 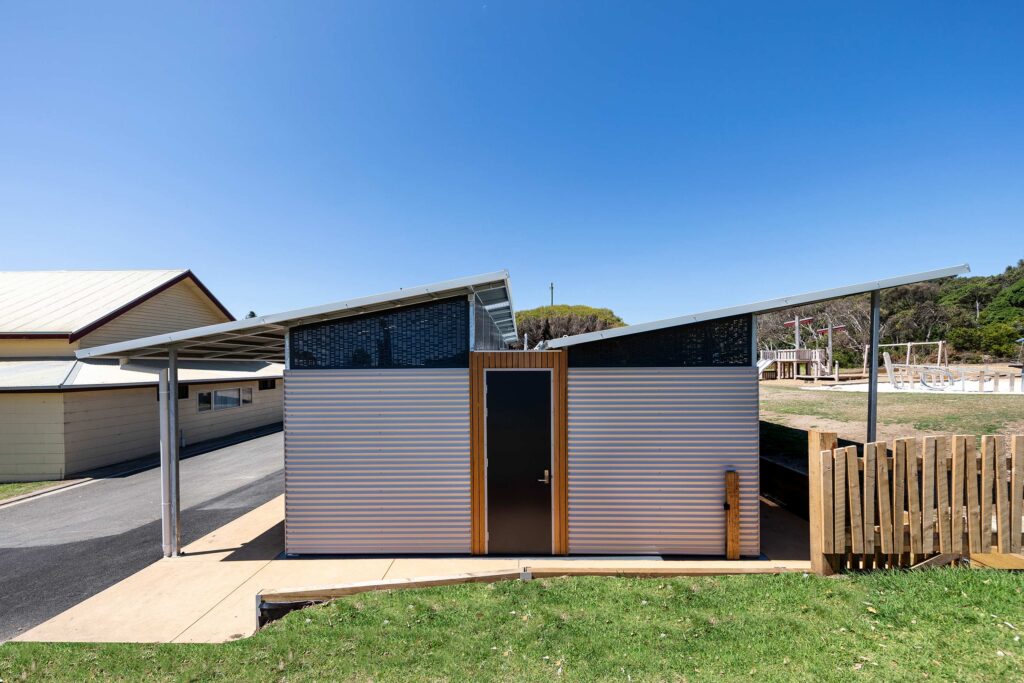 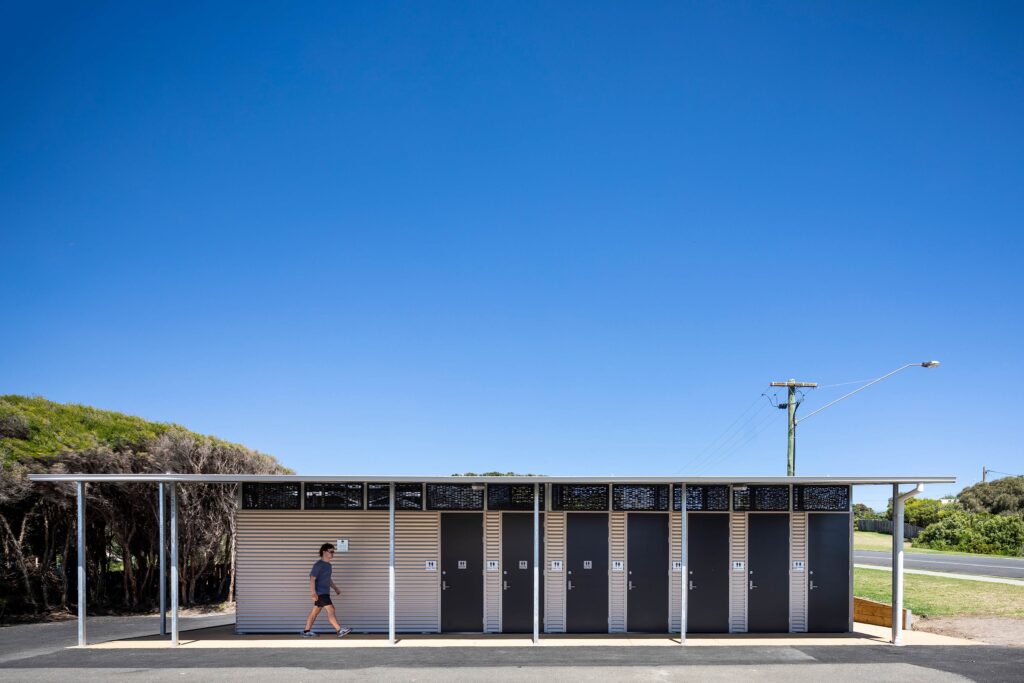 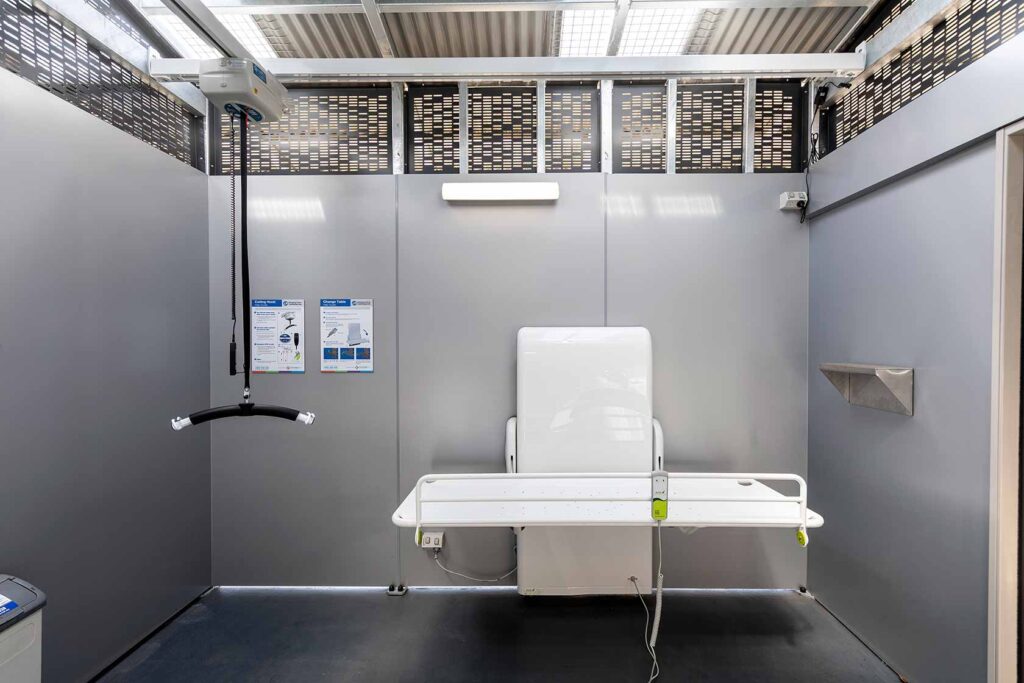