A new waterpark and all abilities playspace were being constructed in the park, however a shelter was also required to protect the community from the harsh central Victorian sun.

The Strathdale playspace was designed to be interactive, including native Australian animals and plants. All elements of the design would complement each other.

The irregular shapes of the shelter design were used to complement the watercourse whilst also resembling a gum leaf which had been chewed by a koala.

Rainwater collected on the roofs needed to be directed to drain into the water channels below.

Karoline Klein from City of Greater Geelong was the Landscape Architect on the project.

Local artist Linton Torr from Rawboards designed and crafted animal sculptures including a carved bird and possums clinging to the timber posts.

A key challenge was the irregular shape and light profile of the roof structure including angled columns in steel and timber which were randomly located. Our engineers found a way to deliver Karoline’s vision despite the complexity.

Another challenge was the construction, the shelter columns had to be surface mounted and the surface was irregular comprising of sloping paved surfaces, sand pit areas, and mulch areas.

This required the footings to be set at different levels, taking into consideration playground regulations. This required precision placement of the cast in hold down bolt assemblies – a challenge embraced and executed brilliantly.

ASCO was awarded the contract in April 2019 and the project was completed in July 2019.

The result was an award-winning playground which is very heavily utilised by the Greater Bendigo and Strathdale communities.

In August 2020, the Strathdale Playspace won the Parks and Leisure Australia award for best play space under $500K in Victoria and Tasmania.

You can find more information on our Omega™ methodology here. 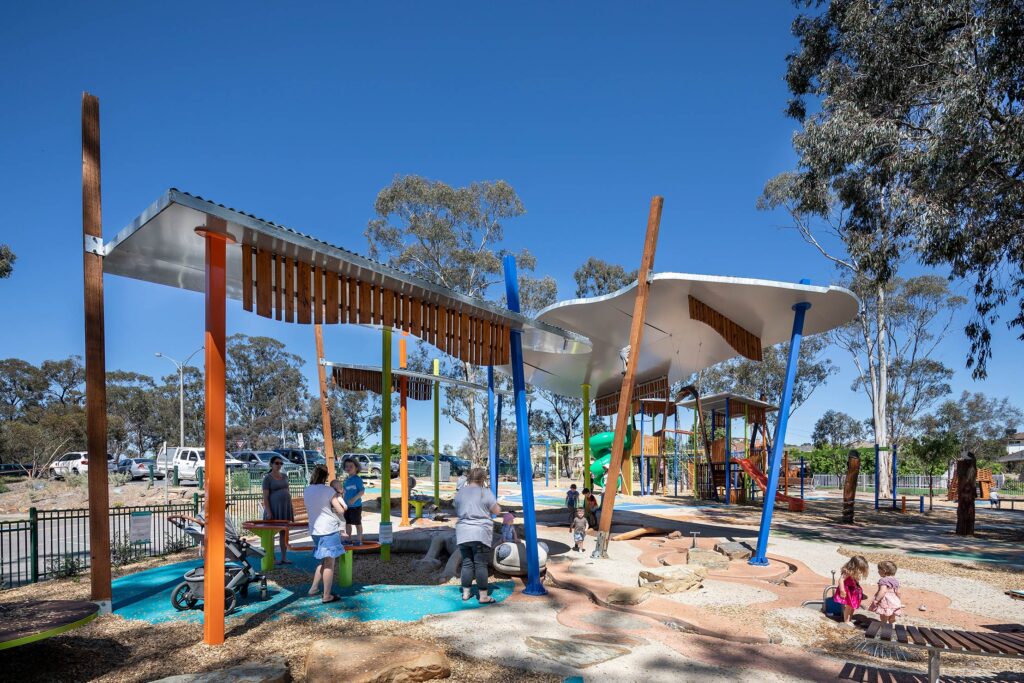 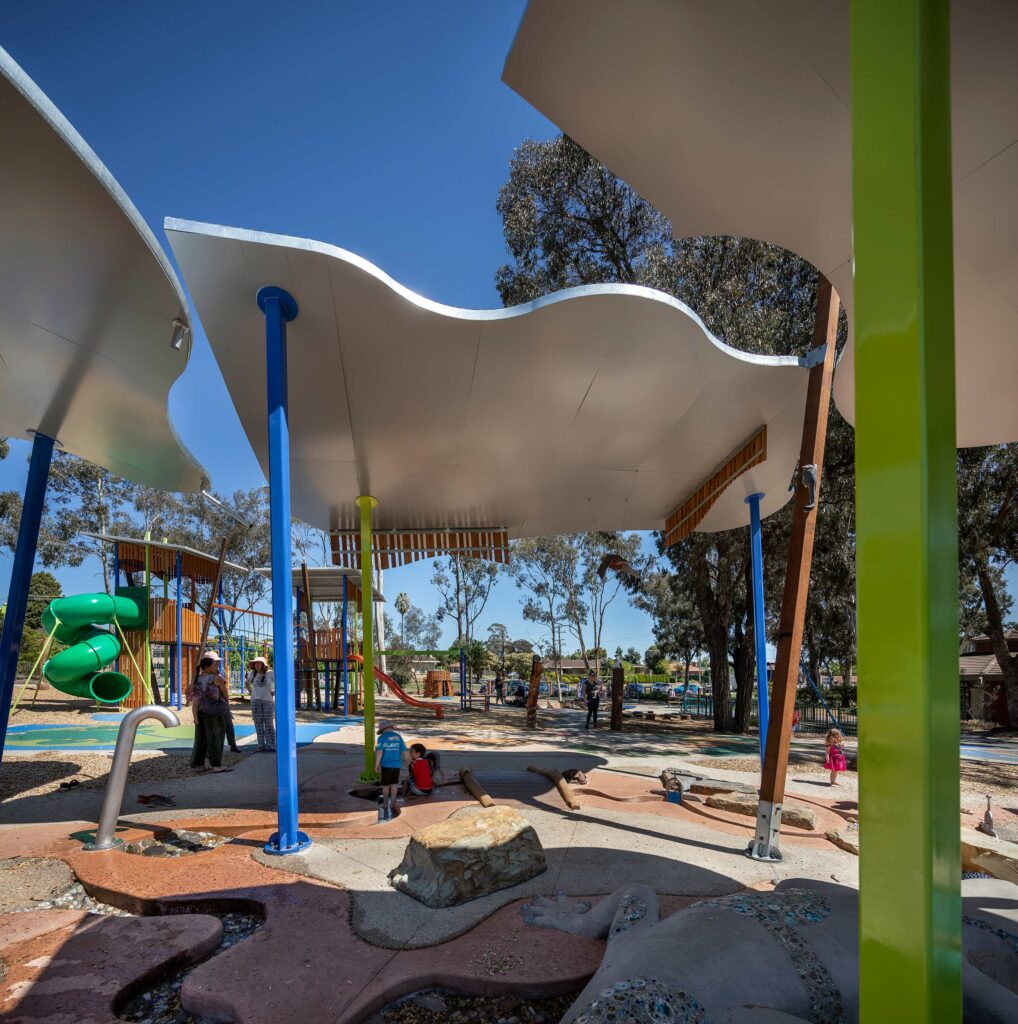 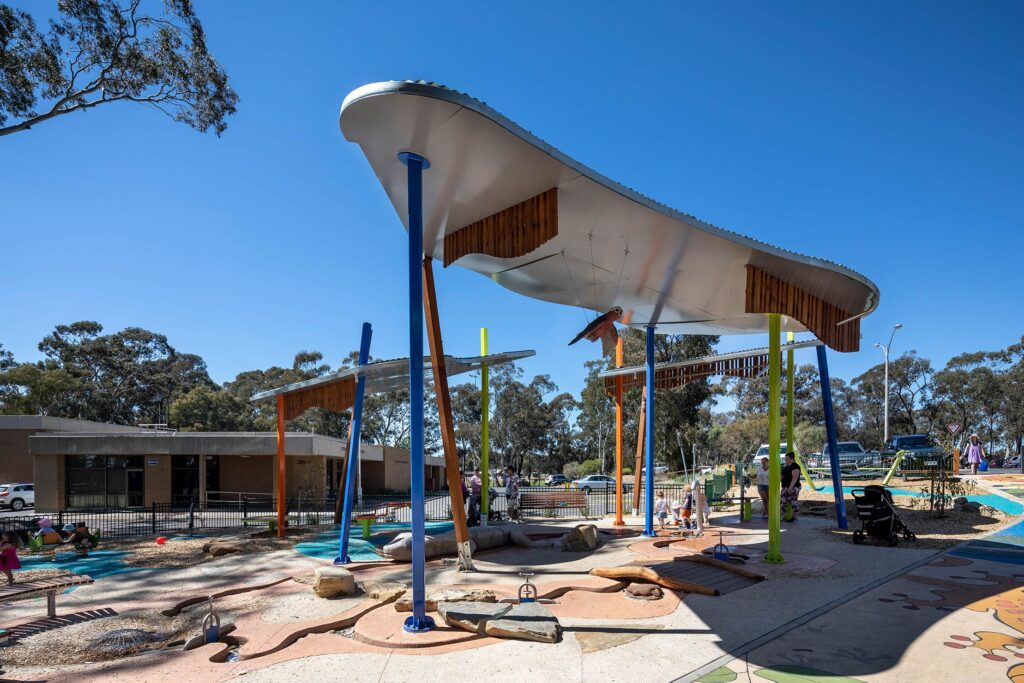 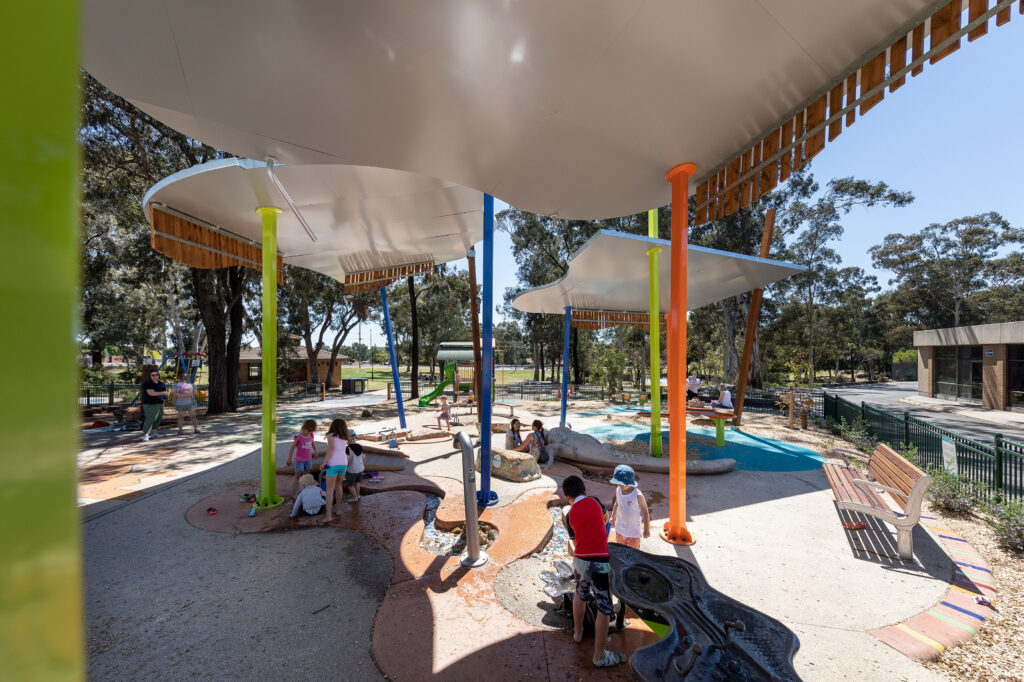