Baden Powell Reserve is located in the suburb of Tarneit located approximately 33 km west of the Melbourne CBD. Over recent years the area has seen an increase in growth and development.

In 2016, Wyndham City Council identified the need for a recreational and social hub for the Tarneit community. This project would require significant investment and redevelopment of what is now known as Baden Powell Reserve.

Contractors:
Wyndham City Council named 2Construct as the head contractor for the development, who then contracted ASCO to design and construct five custom cantilevered shade shelters and a public amenities building.

The designer for the project was Michael Ford from Enlocus Landscape Architects in Melbourne.
Michael delivered the preliminary drawings and concept for the space; it was up to ASCO to bring these designs and the overall concept to life.

We were able to achieve this through design by utilising the Stellar® building system, preparing drafting and shop drawings, structural certification and managing the building permit process.

Challenges:
A key challenge on this project was in the fabrication of an angled feature beam framing the structure. This beam was rolled from a 200 x 200 Hollow Section which was then fabricated from a series of laser cut and rolled steel plates. Creating a seamlessly changed shape along the faceted façade.

ASCO was able to utilise its proprietary Stellar® building system and customise the exterior to meet the designer’s vision.

ASCO was first approached by 2Construct in May 2017 and the project was completed in November of the same year. The result was a beautifully designed, functional space which is heavily utilised by the Tarneit community.

The state-of-the-art facility was officially opened by Wyndham City Mayor and Sports Development portfolio holder, Cr Peter Maynard on 18 February 2018. Since it’s opening the local YMCA have run a series of skate competitions for all ages and skill levels in the new facility.

You can find more about our Omega™ Methodology here 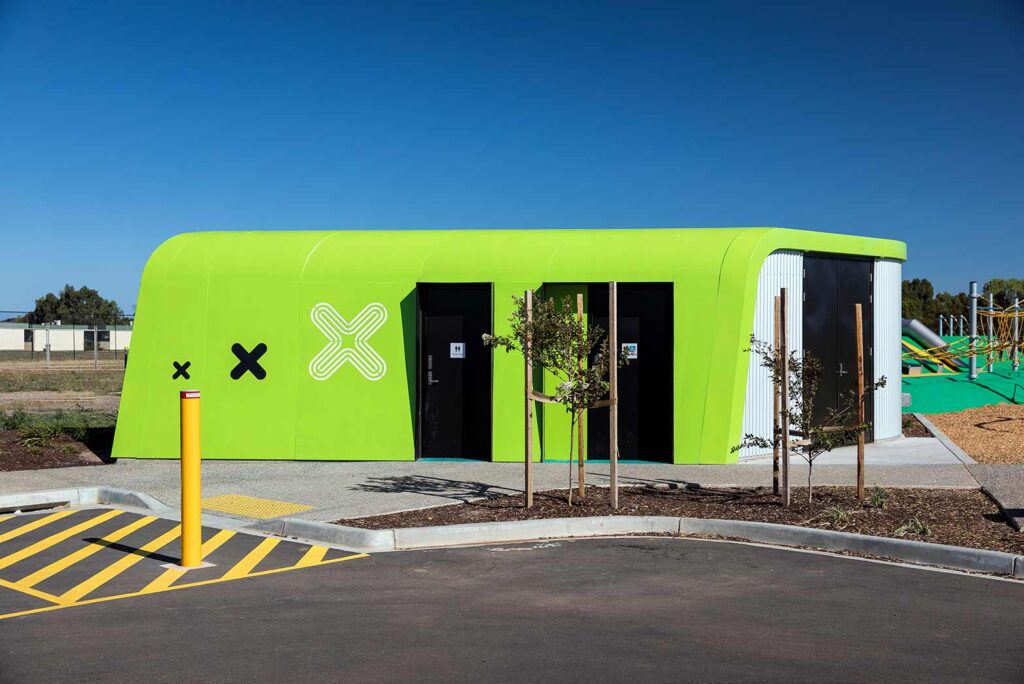 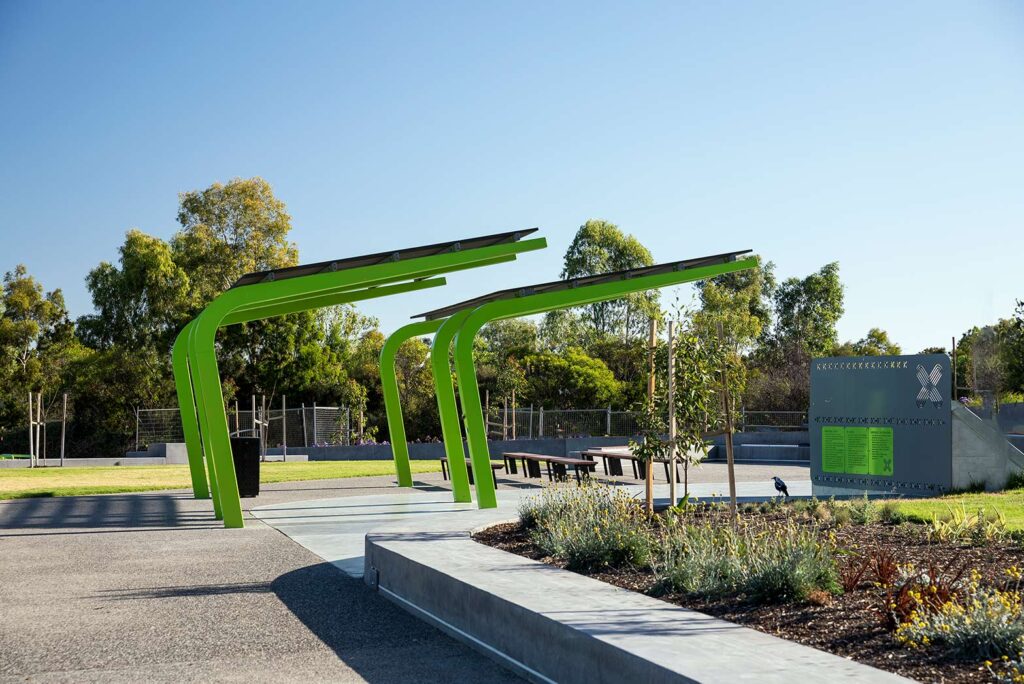 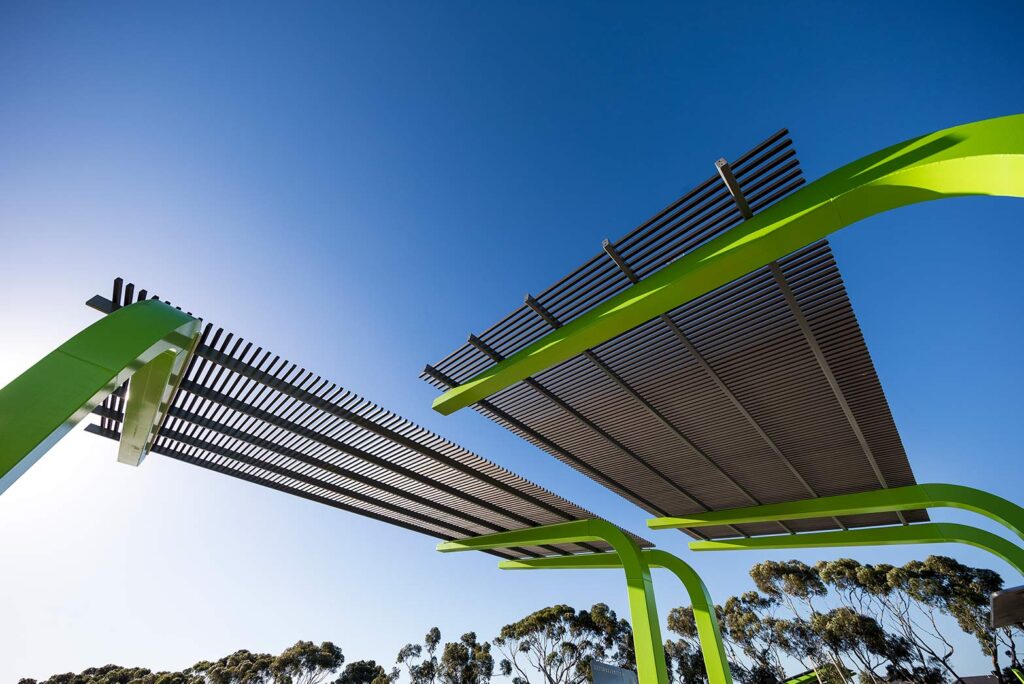 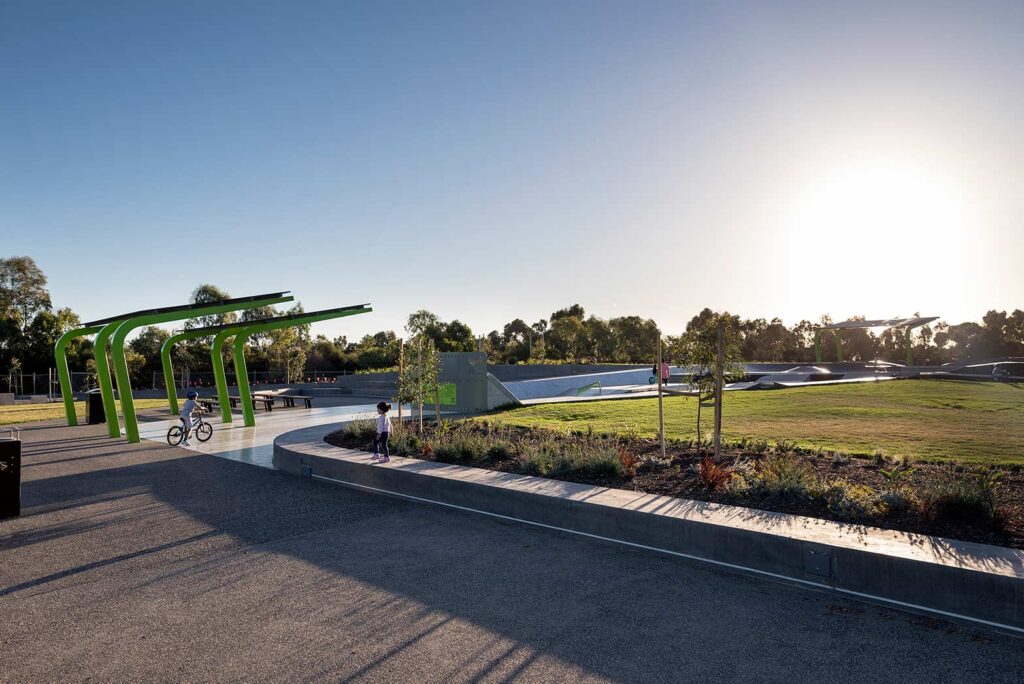